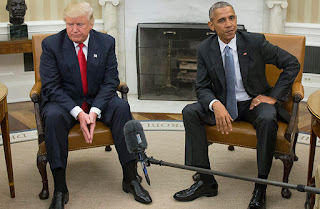 
Industrial pollution from factories kills more than 100,000 people a year.

The convenience enjoyed by the western world comes at a heavy price. That price is high levels of environmental pollution that in China alone costs the lives of tens of thousands of people.
Both workers and people who live near industrial centres inevitably breathe heavily contaminated air around factories that manufacture  electronics later sold in Europe and the United States.
The huge air pollution generated by Chinese industry and displaced by the wind is associated with more than 3,100 premature deaths per year in Western Europe and the United States, according to a new international study.
The voracious consumption of Chinese products in the EU and the US is linked to almost 110,000 premature deaths each year in China due to air pollution caused by industrial production that follows very relaxed environmental standards.
Citizens of rich countries have cheap computers, mobiles and toys, and multinationals make more money, but in return hundreds of thousands of deaths take place in the Asian country.
The new study, led by economist Dabo Guan, is the first to estimate the transboundary health impacts of international trade and displaced air pollution.
The paper, which was published in the journal Nature, uses fine particulate pollution data (PM2.5) taken in 2007 around the world.
These particles, smaller than 2.5 thousands of a milimeter, penetrate deep into the lungs, the alveoli, and can reach the bloodstream, causing respiratory and cardiovascular diseases.
The authors link 22% of deaths – 762,400 – to the production of goods and services in one region to be consumed in another.
“Some regions consume while others produce and suffer the effects on health,” said a researcher at the University of East Anglia in Norwich, UK, at a press conference.
For every million consumers in Western Europe there are 416 deaths associated with PM2.5 contamination in other regions of the world, according to the study. The number of these deaths is reduced to 339 per million consumers in the United States.
The study involved about twenty scientists from leading institutions in China and the US, such as the California Institute of Technology or the Princeton and Beijing universities.
“If the price of imported products is low it is because in the production regions anti-pollution laws are less stringent, then consumer savings could be generated at the expense of lives lost in other regions,” the authors say unabashedly in The journal Nature.
Previous studies estimate that 90% of premature deaths due to air pollution are due to PM2.5 particles worldwide.
“Our study calculates to what extent air pollution is a global problem in a global economy,” said Qiang Zhang, a researcher specializing in atmospheric chemistry at Qinghua University in Beijing.
“Developed countries should encourage responsible consumption to mitigate negative effects on the environment and developing countries should improve the efficiency of their economies to reduce their local emissions, ” Zhang says.
Physicist Julio Díaz, author of numerous studies on pollution in Spain, applauds the new study, but warns of its “limitations of a global work”.
Guan’s research, according to Diaz, has not calculated the dose of pollution needed to cause health effects in each region, for example, depending on the different population pyramids.
Guan’s study extrapolates through previous studies. “It is an approximate computer model of emissions and burden of disease,” warns Diaz.
Anywhere else in the world, the annual death of 100,000 people due to air or water pollution would cause a major uproar among citizens, but no one in China nor abroad cares enough about the victims of environmental pollution in the Asian country.
Published by Pablo Heraklio en 18:11 2 comentarios: