Born an indigenous armed group in the Guerrero’s Mountain: “We fight from the autonomy for the life and the territory” - RC

Born an indigenous armed group in the Guerrero’s Mountain: “We fight from the autonomy for the life and the territory” – Ruptura Colectiva (RC)

BORN AN INDIGENOUS AND POPULAR ARMED GROUP IN THE GUERRERO’S MOUTAIN, MEXICO! THEY SEND A MESSAGE TO ALL THE WORLD: “WE FIGHT FROM THE AUTONOMY FOR THE LIFE AND THE TERRITORY” 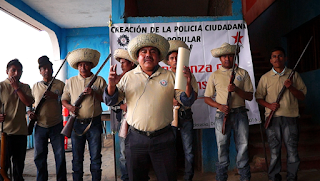 On December 2, 2016, in the Alacatlatzala community in the state of Guerrero, was founded an indigenous and popular armed group that has been proposed self-protect their security, families, lands and territories, becuase the enormous violence and extorsion escalation that live these communities, away from “progress” and mexican government aids. So, under the autonomy and popular sovereignty principles, tens of na’ savi indigenous have taken the weapons -although, they clarify that it’s of symbolic form- for do a collective rupture against the organized crime groups (narcotraffic), the same municipal police and the army, who have been in charge of trample the life and peace of this an anothers communities that conform the Regional Coordinator of Justice & Security and the Citizen & Popular Police (CRSJ-PCP), born too in a December 2, but 2012, date in which was murdered the teacher and revolutionary Lucio Cabañas Barrientos.
LET US HELP THIS STRUGGLE SPREADING IN WORLDWIDE THEY WORD!, LIVE THE AUTONOMY OF OUR PEOPLES! 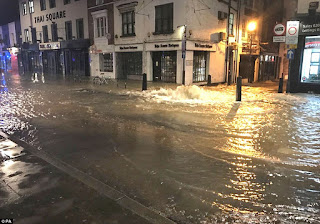 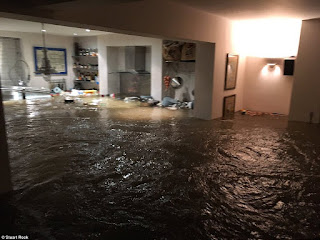 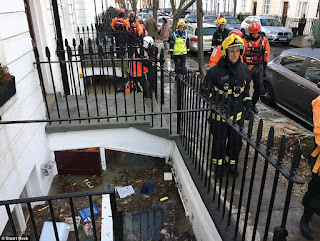 “CLASS WAR hit watermain outside Foxtons Islington… and flood Boris Home in COLBROKE ROW……………. WE SAID WE’D BE BACK!”

Class War London opened up a water main outside gated estate agentsFoxtons, which flooded dozens of expensive multi-million pound homes in a posh area. 100s of people had to be evacuated and the cost of the damage is extensive. Boris Johnson, the ex-mayor and now foreign secretary also had his basement flooded by waters which were reported to be up to 2 metres deep in the surrounding streets. The rich people were reported to have been taken to some kind of refugee camp for the upper class.
Published by Pablo Heraklio en 15:01 No hay comentarios: