Edited time: October 20, 2013 01:40
Get short URL
A group of people clashes with policemen near the Economy minister during an anti-austerity protest on October 19, 2013 in Rome. (AFP Photo / Filippo Monteforte)
Download video (26.21 MB)
Share on tumblr
Trends
Eurozone crisis
Tags
Budget, Egor Piskunov, Europe, Kevin Owen, Police, Politics, Protest
Violence broke out between police and demonstrators in Rome on Saturday as tens of thousands took to the streets to protest Italy’s new budget.
Fifteen protesters were arrested and at least 20 police officers were injured, according to the Corriere della Sera newspaper.
“We are laying siege to the city!” chanted the crowd, as a small minority pelted the police and government buildings with water bottles and eggs.
A group of protesters turned over garbage bins and set some of them on fire in front of the Economy Ministry. Members of the Guardia di Finanza protect themselves as they stand in front of the Economy minister during clashes on the sidelines of an anti-austerity protest on October 19, 2013 in Rome. (AFP Photo / Alberto Pizzoli)


Police say they confiscated tear gas canisters and rocks from some of the radicals in the predominantly youthful crowd and found chains stashed away along the route of the march.

Organizers estimated that 70,000 people took part in the protest, while authorities placed the number closer to 50,000.

“With this budget the government is continuing to hurt a country which is already on its knees,” said Piero Bernocchi, leader of the left-wing COBAS trade union that was behind the demonstration.
“Even after austerity has proven to be disastrous, with debt rising, the economy crumbling, and unemployment soaring, they still continue with these policies.” Thousands of people march during an anti-austerity protest on October 19, 2013 in Rome. (AFP Photo / Alberto Pizzoli)


Earlier this week, Prime Minister Enrico Letta - who is presiding over a fractious Left-Right coalition - presented the 2014 budget that immediately came under a firestorm of criticism from both sides of the political spectrum.

Left-wingers criticized the document for freezing state sector pay and pensions, while right-wingers and businesses said it failed to stimulate growth with insufficient cuts to Italy’s oppressive corporate taxes. People try to broke the windows of an Unicredit bank agency during an anti-austerity protest on October 19, 2013 in Rome. (AFP Photo / Alberto Pizzoli)

Italy annually spends around 800 billion euro – a sum it cannot afford as it struggles with a recession that started more than two years ago. The latest budget aims to cut the deficit to 2.5 percent – still worse than most of Europe.

On Friday, a general strike paralyzed transport links in the country and forced the cancellation of flights in and out of Rome.

But Saturday’s protests weren’t just about pay. Some called for the government to abandon an expensive fast-train link with France. Others demanded that Italy provide more social housing. Many bemoaned the country’s treatment of immigrants, who have suffered several tragic incidents in recent months as they attempted to reach the coast of Italy.

Letta has gone on television to defend his government, but dissenters have not been placated and say that even bigger demonstrations will be staged next week.
Published by Pablo Heraklio en 3:09 No hay comentarios: 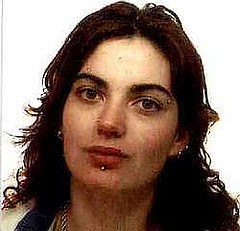 First it is remarkable to say that unfortunately I'm not "a tortured prisoner" I am "another tortured prisoner" in this supposedly rule of law and democratic country. From the dungeon where I am, in an isolation bunker, where I have spent six years locked up by the only fact of rebelling against the injustices and atrocities that the executioners make us here within to the ones with courage enough to reclaim, to uprise and make them hardly earn the bread they receive from the state for mistreating, violate our rights, physically and mentally torturing, or even killing with complete impunity.

Using the abstract term of "reinsertion" State keeps me 23 hours a day locked in a dungeon of three meters square. Having to go to a cage-like courtyard where barely get sun and, of course only because the outlawed FIES regime remains [Special Chase Inner Files, forbidden prisoner classification still in use in Spain]. Scattered from my family , my land and far away from my loved ones. This is the prison underworld of which no one speaks for fear of not being believed.

Doing a quick review of my stay in these killing centers I want to relate my passing through, and public denounce the facts that happens, here. C. P. Brieva Prison: the jail where reigns the inmates submission and prevails the word of the executioners. In this prison I have been tortured, have break me a wrist bone which took 30 days plaster, fruit of the usual daily beatings. It keeps me totally incommunicated (phone, parlor, meetings, and mail) as usual, even jailers reporting my mother in order to maintain my isolation. I have been handcuffed, mechanical restraint and stranded many times, after being tortured, and the night of 23th October 2012, after being handcuffed, I woke up to feel the hands of a state servant touching my body. How nobody do nothing? Because this rotten oppressive system encourages the perpetrators enjoy impunity. I'm still alive, but many brothers and comrades have been cruelly killed when "theoretically " serving sentences. Induction to suicide by restraining the oppressive jail regime; aggressions out of hand that kill us (after we appear hanged as if suicide) adulterous methadone to nullify (and clean way to kill us, "overdose"), humiliation, vexes and even vegan comrades die in prison for deny applying the "Terminal Illness patient release" Art.

C. P. Brieva , CP Picassent , C. P. Albolote ... death camps and slaughterhouses of the State. We are 75,000 prisoners in Spain, with too much pain, torture and suffering (as prisoners as relatives). so I want to call the bonds of solidarity that unite to urge and fight for the abolition of torture, the abolition of prisons and the FIES regime, and for anyone else have to live these experiences that marks for life. Let us join voices and fists in live or death to fight for our rights and our freedom.

AGAINST PRISON SOCIETY AND THEIR HIRED MURDERER! BY ANARCHY !