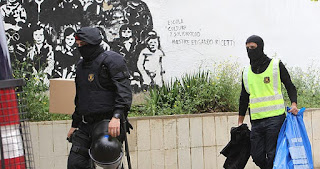 
Even if the concentration or manifestation, which is what we speak, not expected quite violent, it can even cause a little, with little justification and no arrests peaceful few days prior to heating. We can also do preventive "raids" where people are usually close to the ideology of the organizers on the pretext of looking for drugs or whatever it takes. The "raid" will be particularly badly done and more humiliating to turn things down if necessary.

The foreseeable consequence of these behaviors before and policing device design is that end with a "battle".

We knew it would happen, it was a matter of time.


About the "show" of the Mossos at the Ateneo this morning and some misinformation
As many know now about 9am the Mossos, Catalonian Authonomic Police, have busted door of Sabadell Libertarian Atheneum, located next to the CNT local. They searched the Atheneum, pulling several books and cabinets and have taken several computer hard disks. At 14:30 "the boys" have gone. Have arrested several people linked to various social movements in the city. The warrant of searnch that we have not seen, comes from the National Audience, Hight Court. Of the 5 detainees who they say have, one of them lived in Sabadell.

We want to clarify some misinformation that have appeared in various media:

Also note that it is curious that all mass media come to record the entire circus, when  Union has sent press releases to many of them; on the 2 processed by the events of the General Strike of 29-M denounced by the Central Market, the dispute and the strike in Residence Nunnery, the dismissal of the CEO of Yamaha, etc, and never have deigned to publish anything (except some like sabadelldigital.com). This shows that what matters is the lewd and circus "anarchist terrorism" that conflicts and daily activity that has this Union and the Athenaeum to transform society.

Surely now that there is no ETA terrorism, must point toward other groups that seek to end capitalism or at least improve the current situation to keep entertaining people and spread fear among those struggling, now plays the anarchists , recently were the scratch of PAH.

We do not know if the supposed Black Flag Anarchist Group was or not, and we don't care. Waiting to know who are all those detained and exactly what they are accused, the Sabadell CNT will always be with all those who struggle to transform society.

Let them know rulers, prosecutors, repressive forces, akin to the power press, etc that we will not stop fighting for a world more just, more equal, more free.

Also thank all the people who have come to leaning, people from different groups other than those that form the Ateneo and the CNT, CGT, MPS, Co.bas, etc..

Today and surely also face more serious than the record in the Ateneo, have vacated the farmhouse Can self-managed Piella: http://www.canpiella.cat/

New wave of repression against the anarchist movement, this time the Llibertari Ateneo de Sabadell. Solidarity!
We reiterate: Call to unit at 18 hours before the Sabadell City Council to demand the release of detainees and reject Anarchist repression and criminalization of social movements! 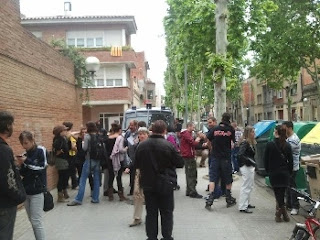 The same day that are released at 12 charged with corruption in Sabadell, the National Court imprisons 5 teammates.
Are suspended industrial action and solidarity against the eviction of Can Piella to focus on the # vegan our comrades detenidxs AteneuLlibertari

Solidarity with the Ateneo are concentrating on the Plaza Marcet.

No one yet knows the motives of this illegal search, only told that the order is dictated by the Audiencia Nacional [hight court].

The Sabadell Libertarian Atheneum local,  property of the town CNT , is an historical space open to all working people of Sabadell, where many groups and people from Sabadell and elsewhere have made recreational tasks , cultural and social for years. The same group of Libertarian Athenium assembly , Local 15-M people, Amazighité or local coordinators, and many others, have made use of this space. Therefore, we do not understand these corps seeking this open space use in a city, so devoid of spaces as it turns out Sabadell, known for alleged corrupt affairs former Mayor Manuel Bustos, reactionary traders (as those who have opened the Central Market in episodes of general strikes), and certain bunch of"carcatholic" in certain areas. Metaphorically, to one side of the City Hall of Sabadell we found a historic headquarters of Sabadell Bank, in the other a rather large church, and if we look out the back door of the town hall will see another church with a statue in the fundamentalist carcatholic Sarda i Salvany!

Sabadell libertarian movement, from its origins in the nineteenth century to the present day, has always stood for the struggle for a better world, something that is still valid today, especially in times of social cuts and casualization of our lives. What unemployed youth with no future, conscious workers, migrants, idealistic or pragmatic and other people organize and fight for their ideals is no reason for a serch.

The underlying reason for these people under orders from Madrid is simply to terrorize the people involved and dedicates part of his time to say NO to all these abuses we suffer as a class, those disinherited of the material benefits of the Capitalist System , and also, in modern times, we have years of suffering the consequences of a crisis caused by the psychopathic vanity of a system, such as liberal democracy, based on profit and economic predation.

The seach is started without warning to any person from the property of the building, there was no court order as a first person has approached the scene to request information and documentation, then have proceeded to seal the premises of the Sabadell Libertarian Atheneum . For now, therefore, and considering the long criminal history of the Mossos [authonomic police] (beatings in police stations, alleged lost eye by rubber bullets, pardoned by ill-treatment, including a vast etc.), anything can be expected from this act, under my view, not quite legal ...

Right now a group of solidary people are concentrated in the vicinity of local Ricetti Edgardo Passage, waiting for the presence of a court clerk and a search warrant ...


An eyewitness of the events and Sabadell CNT member 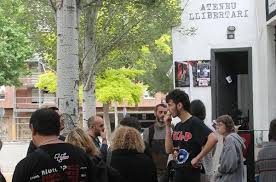 Under the orders of the National Court judge Santiago Pedraz Spanish, the Catalan police have research the Sabadell Libertarian Atheneum and, according to news reports citing police sources, have arrested five people, which is accused of "praising terrorism ".
@ Zalduariz | Barcelona | 2013/05/15

Catalunya has also lived today about frantic morning police operations are concerned. On orders of the Spanish Court, the Catalan police have registered in the morning the Sabadell Libertarian Atheneum (Barcelona), which serves as headquarters of the CNT and a place of meeting of Local 15-M.

The operation is led by Judge Santiago Pedraz, which has decreed the summary secret, so many ends of the operation remain unknown. Several media have claimed a total of five detainees, but has not yet been confirmed. According to police sources quoted by various means, they are accused of "glorification of terrorism" and belonging to the group Anarchist Black Flag, and will pass it before the judge on Friday.

The confusion continues wrapping operation since morning several media have reported that would be a minimum of four registered premises, but at first afternoon had only confirmed the Llibertari Ateneo de Sabadell.

Moncada Eviction
The same morning the Mossos d'Esquadra not finished in Sabadell, because not far from there, in Moncada six Catalan police vans work from early morning to vacate the occupied farmhouse Can Piella, where since 2009 conducts a farming work and community. The activists have prepared a thorough resistance with a series of obstacles to the Mossos, so that the eviction has not yet come to an end. So far there have been five arrests. 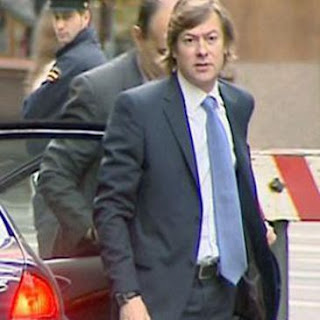 According to EF agency reports, the Catalan police have arrested five people suspected members of the anarchist group Black Flag in Sabadell (Barcelona), accused of an alleged crime of terrorist group organization and one of glorifying terrorism, according to legal sources cited by Efe said.
The operation is run by the reactionary National Court judge Santiago Pedraz that ordered the registration of the Ateneo Llibertari of this Catalan city.
The five detainees appear at first in the High Court on Friday.
Apparently, the High Court has thrown one of his usual respresive campaings against the social and revolutionary movements, this time it is the turn to fellow anarchists.

Smells to criminalize manipulation once again, angaisnt the social struggle.

The AN judge an internaut who asked a netizen on Facebook that ETA would strike in La Zarzuela
Published by Pablo Heraklio en 16:01